I had the pleasure of working with the community of Scranton, Pennsylvania to develop an urban agriculture system. The first phase proposed was a research and development farm on the eighth story of a downtown parking garage. Using quantitative data such as local economic trends in agriculture and the structural capacity of the parking garage I was able to show how this project was both feasible and exigent. I also stressed the project’s adaptability through seasonal change, particular plants that could be harvested, greenhouse malleability, and a tool rental program. 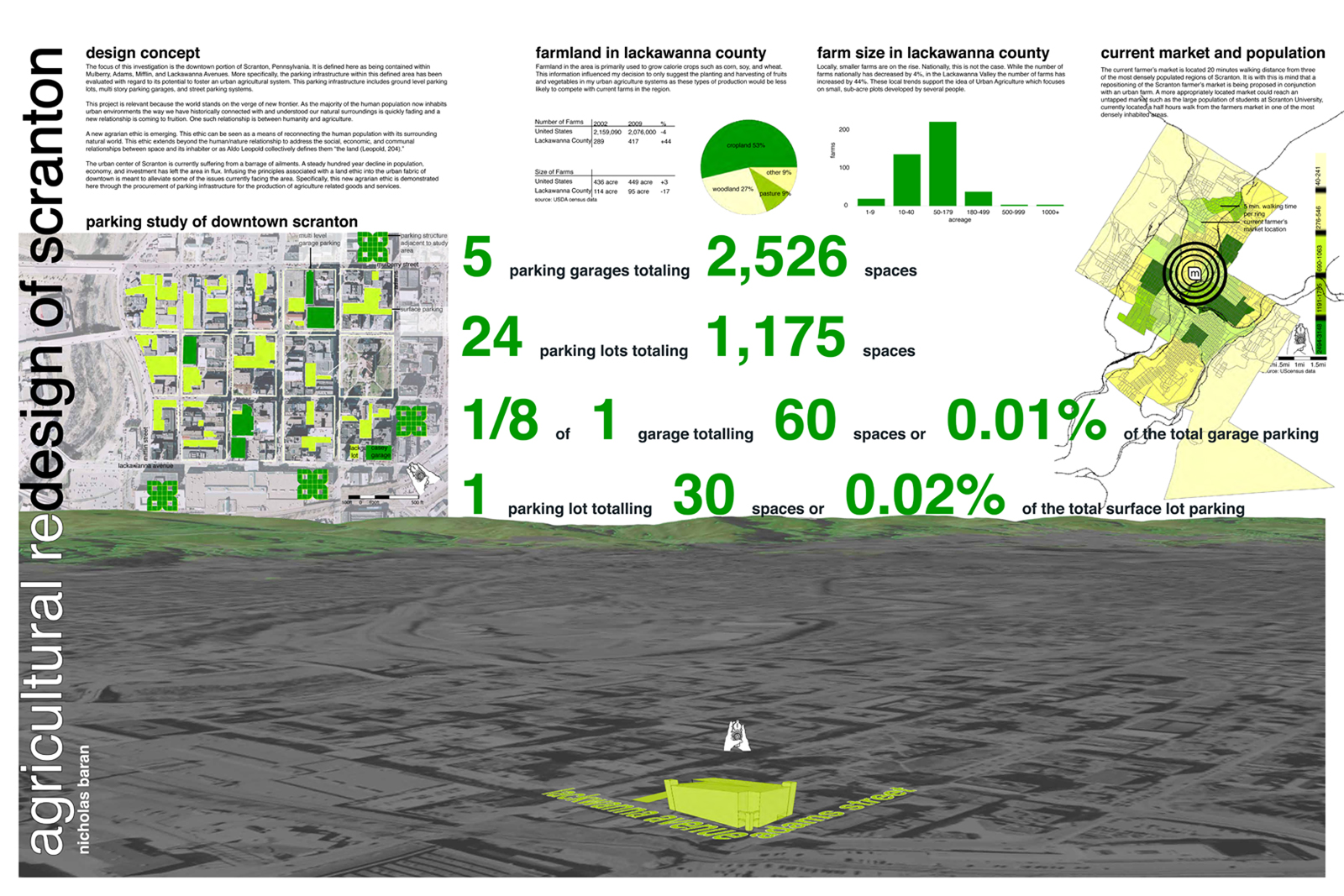 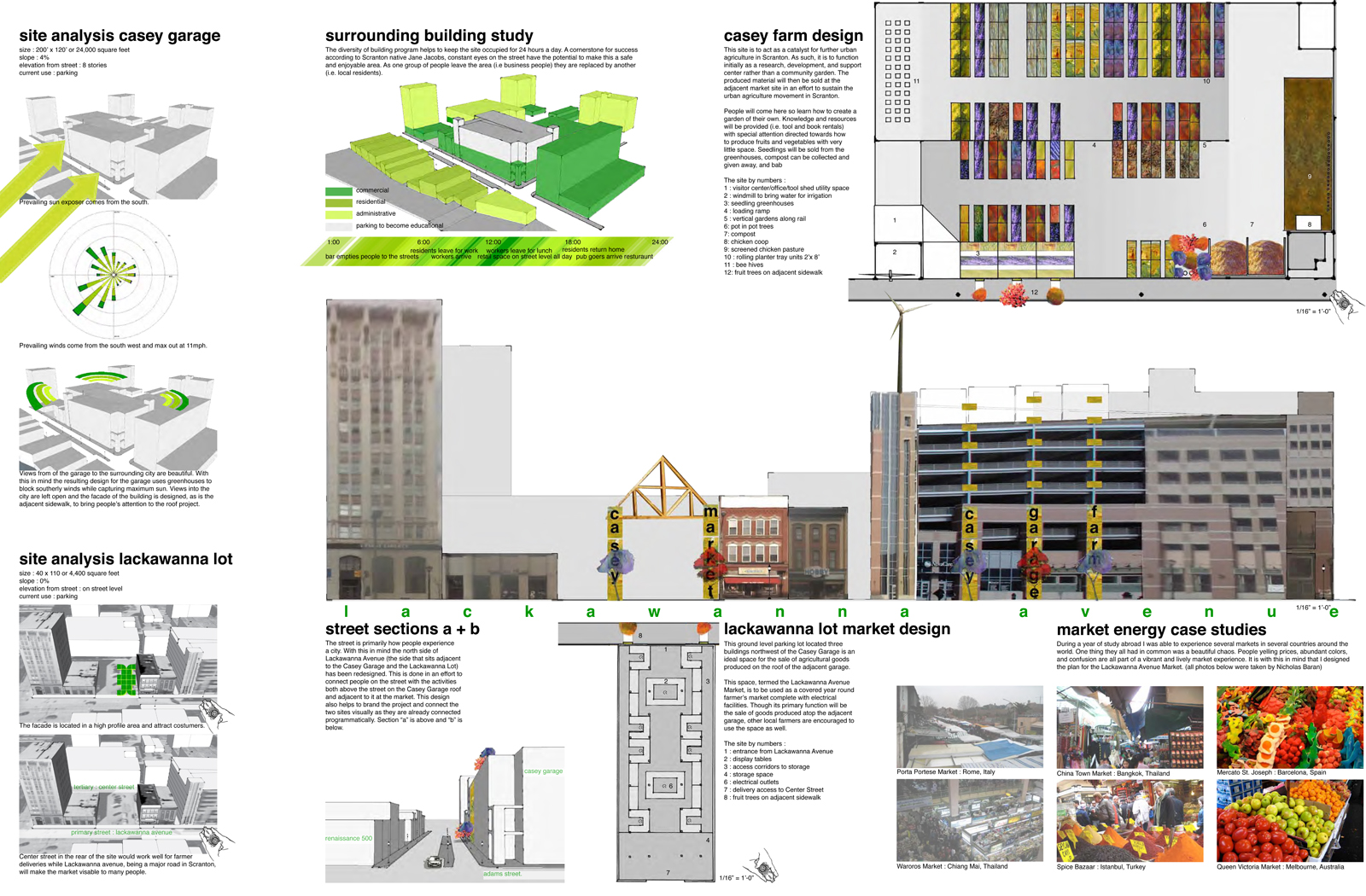 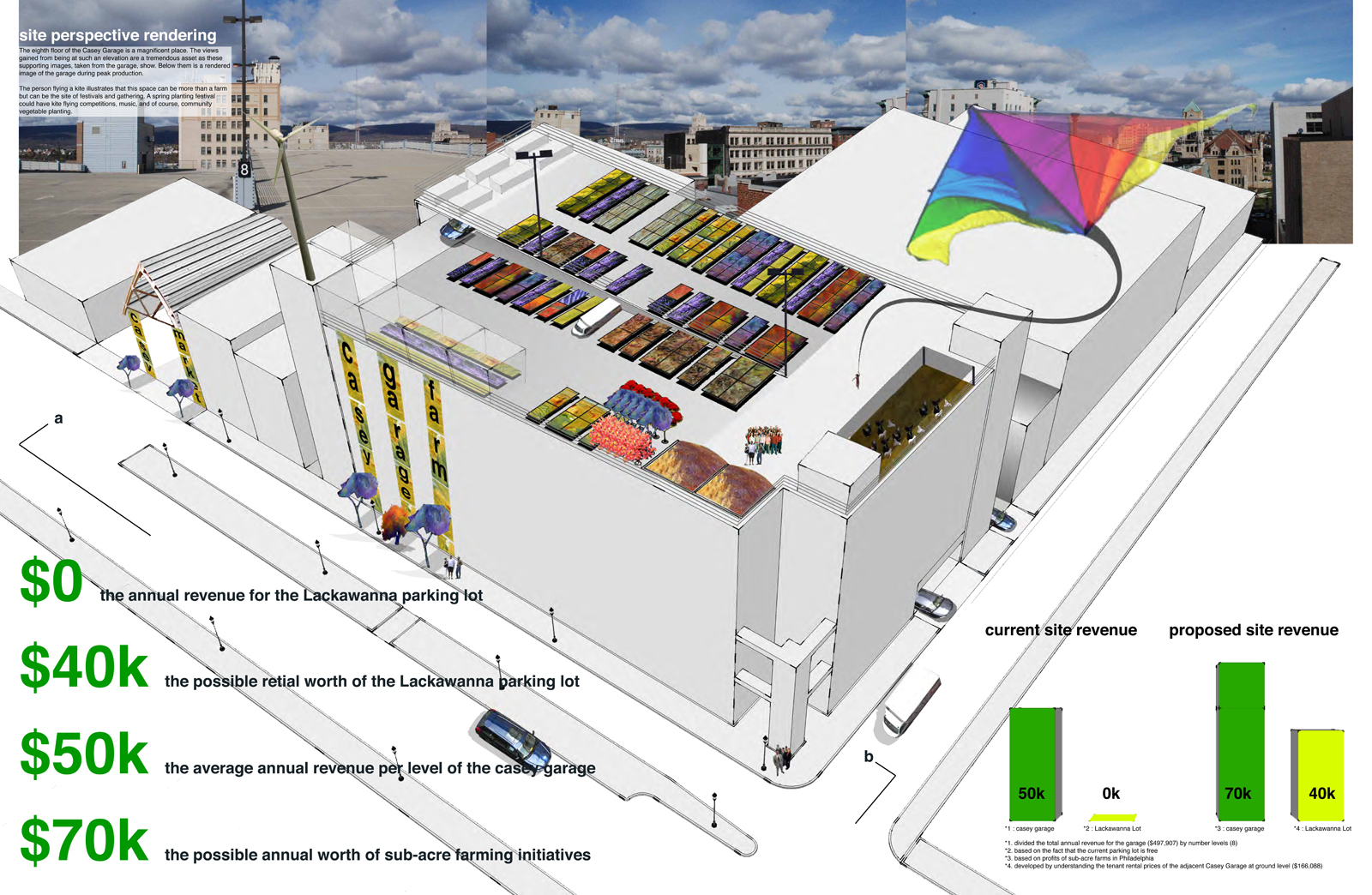 In Rome, I studied the design of historic and contemporary public spaces in urban settings. The study of these urban spaces influenced my final design proposal for the Piazza di S. Pantaleo. The final design emphasized the connection between two major adjacent piazzas (Piazza Navona and Campo de Fiori) while addressing the automobile traffic through the space along Corso Vittorio Emanuele II. Additionally, through seven futurist sculptures, I was also able to tell the story of S. Pantaleo’s seven martyrdoms, adding to the spirit and character of the piazza while maintaining the space’s simplicity and elegance. 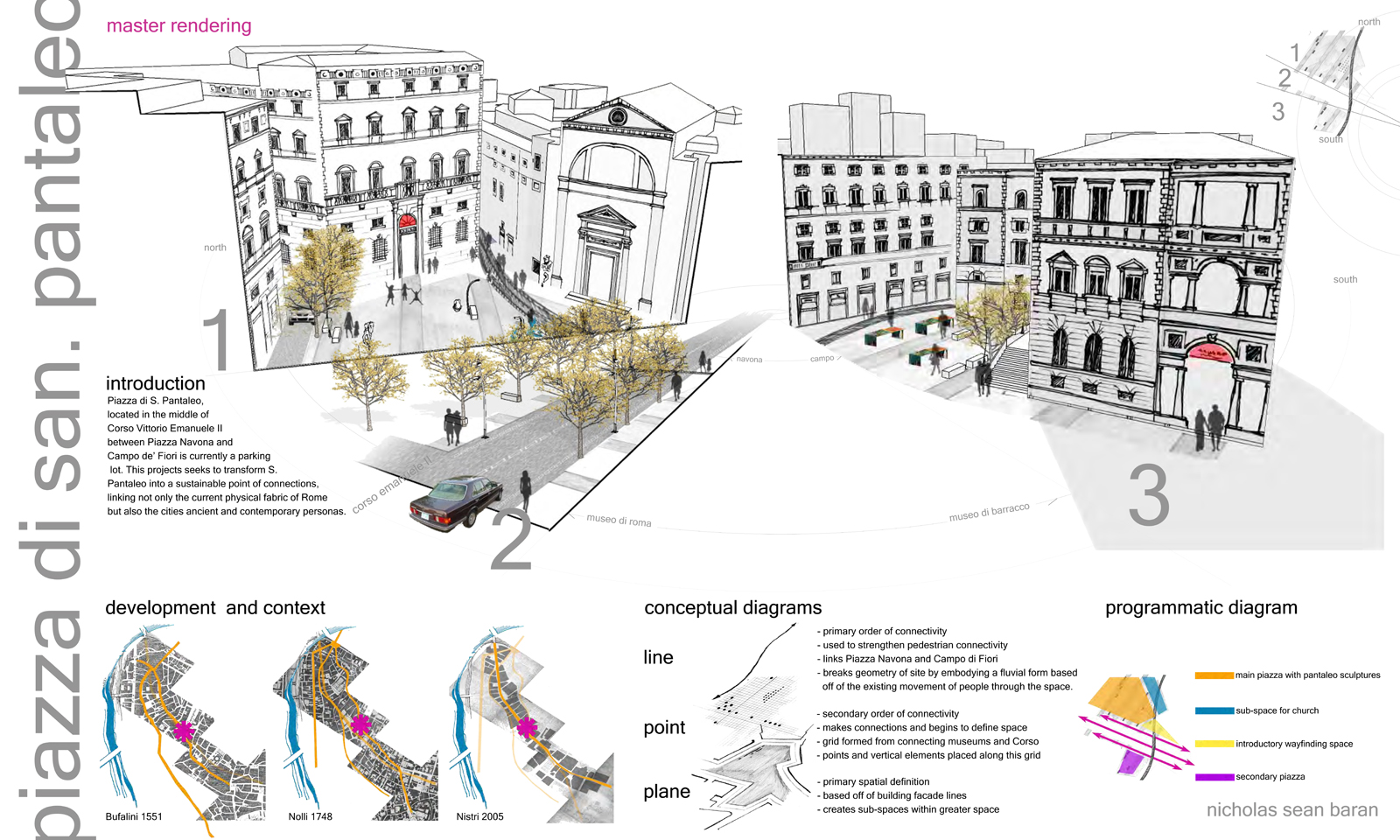 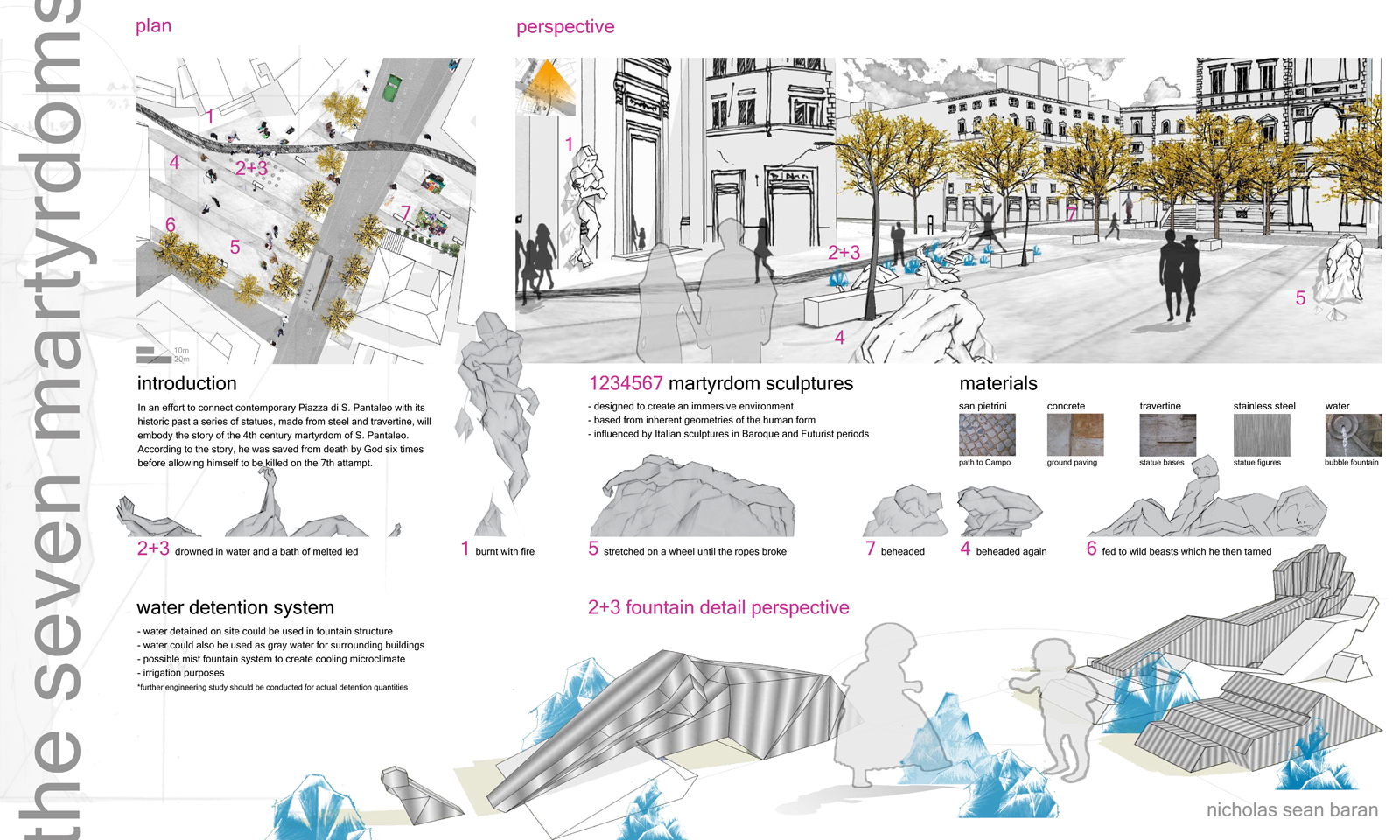 In this studio, urban planning was approached from an economic perspective. Core principles such as place-making, connectivity, and environmental sustainability were understood as essential aspects contributing to the economic sustainability and viability of the project. Proforma studies and other economic forecasts helped to bring validity to this project located in Denver’s LoDo district. The project took top prize when presented to Liberty Property Trust, a real estate investment trust. 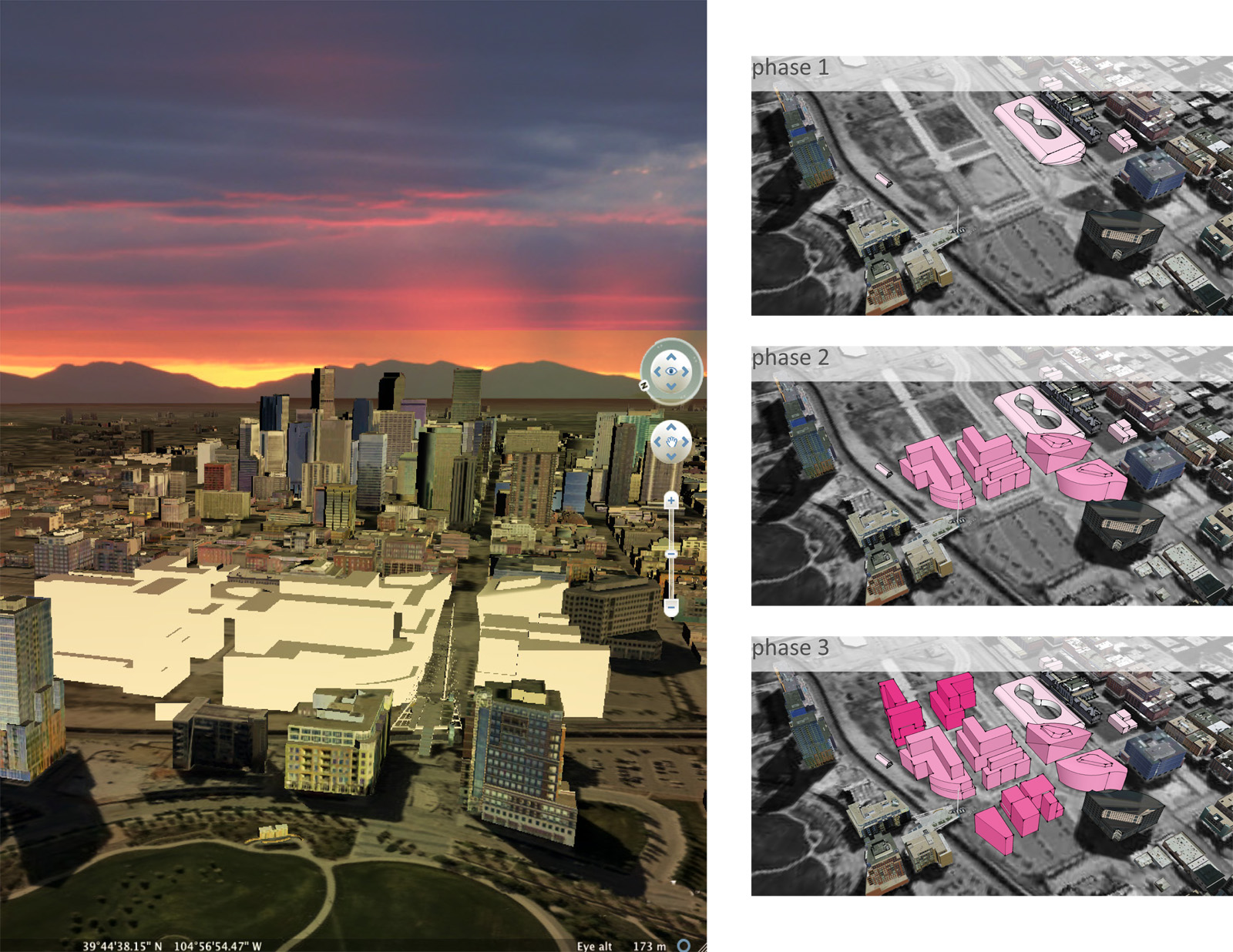 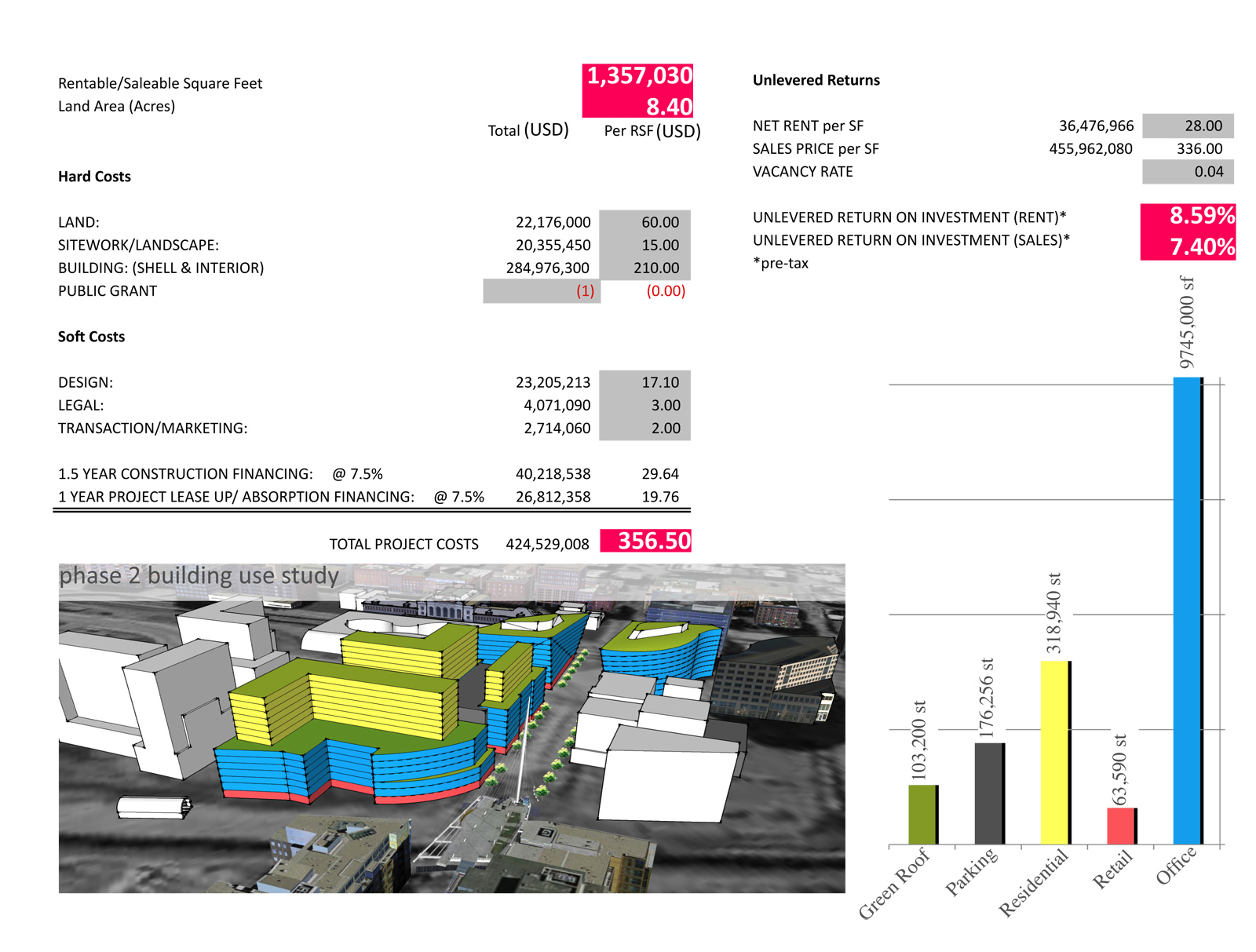 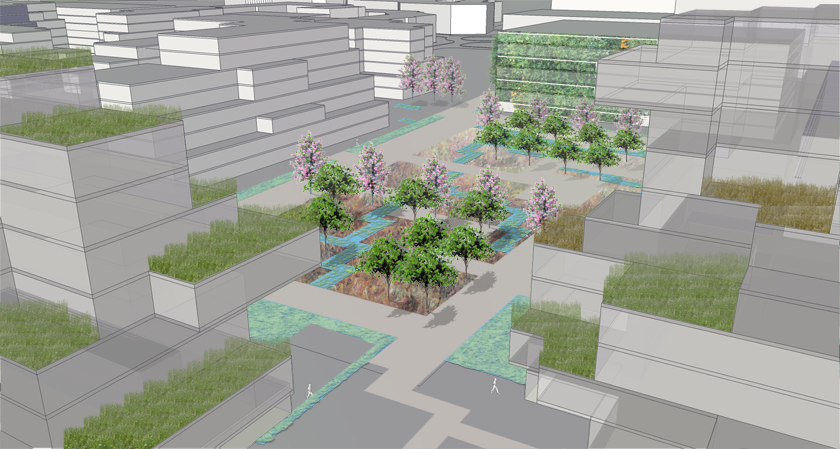 In an effort to better understand a project site, I designed a charette that would allow me to work against conventional landscape architecture wisdom. Our project site required a natural intervention to heal the wounds of an old industrial river front. For this brief charette, I explored the opposite, ‘healing’ a natural landscape element with heavy construction patterns. Here, roads act like blood cells healing a flesh wound, patching the void of the river. This fresh perspective allowed me to move on in a creative fashion with this project. 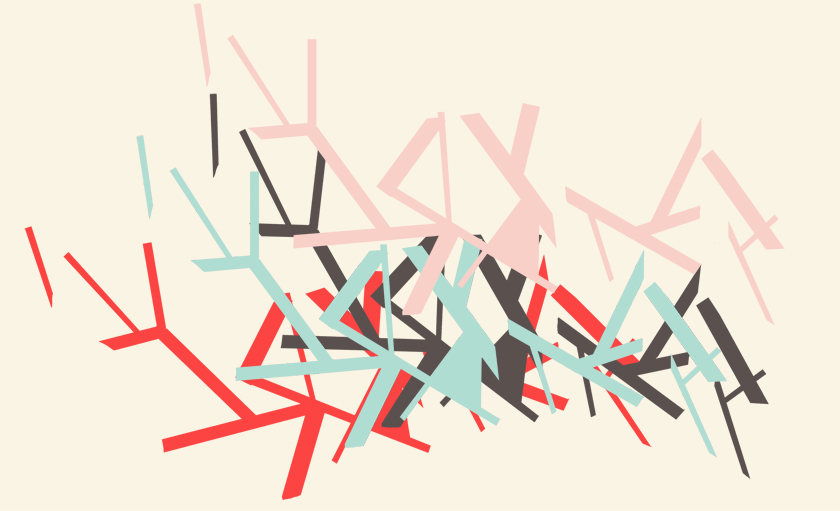 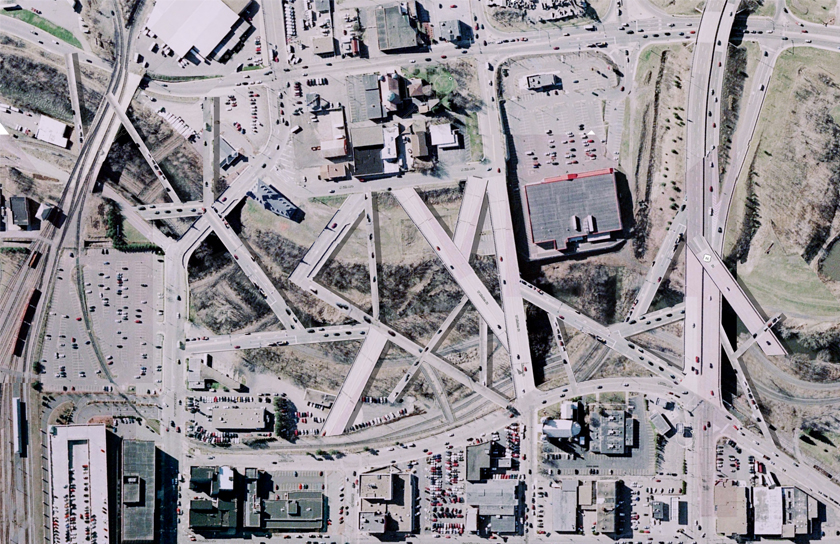 Few things allow for the study of space like a model. The grey model was done to better understand the relationship between the built form and the topography of our study area. The chipboard model was done as a study of the Plan of St. Gall, an unrealized vision of a 7th century monastic campus. 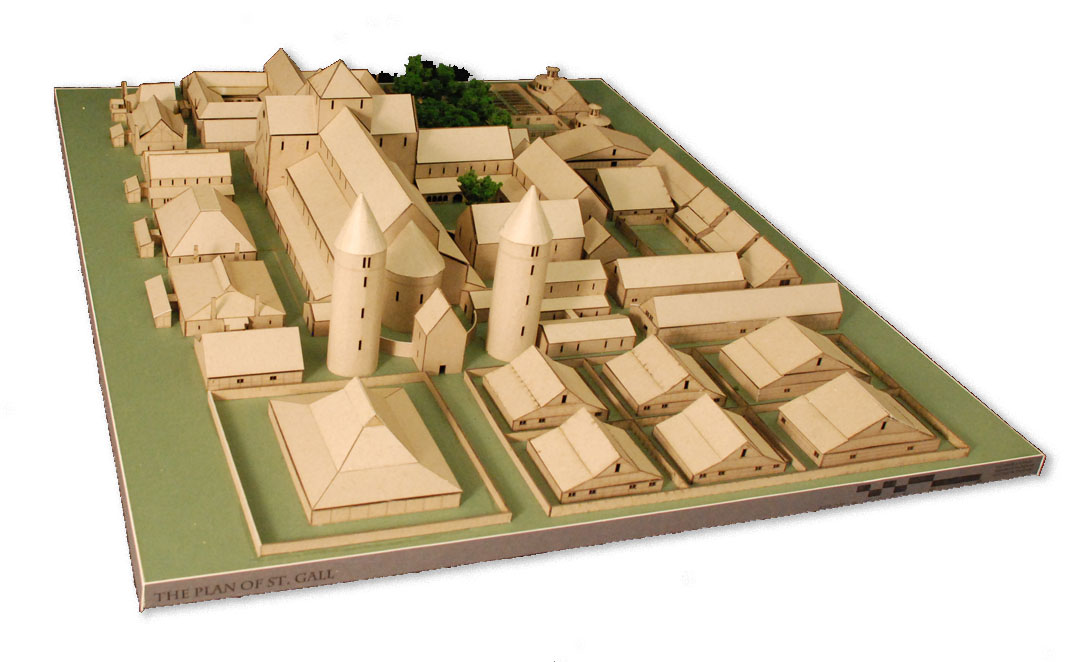 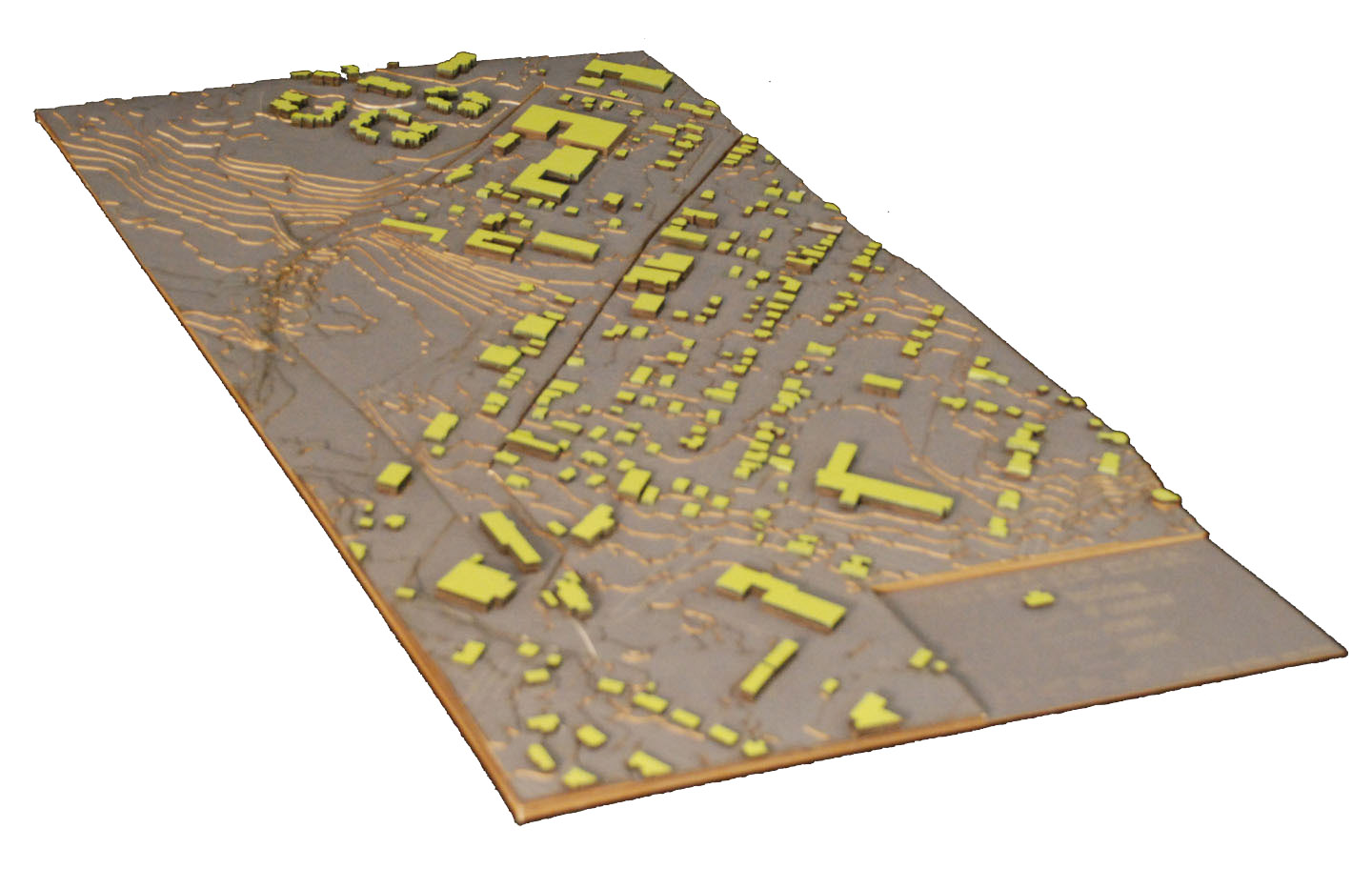